With its capacity to immerse users in a simulated, yet safe environment, virtual reality (VR) has dominated the tech world in recent years. One of the most well-known VR applications is gaming, but what this technology promises does not end here.

In the current scenario when people seem to be stuck in homes, virtual reality is creating new scopes to instantly tap you into a parallel virtual world. However, despite the wonders VR has promised, people are equally concerned about the health issues it may cause.

Want to learn more, let’s delve deep into the topic “is VR bad for your eyes” and address the major eye issue.

What is virtual reality?

A computer-generated representation of a real or imagined environment is known as virtual reality. Unlike traditional user interfaces, virtual reality immerses the user in an experience that allows them to interact with the 3D environments around them. Mimicking as many senses as possible, including vision, hearing, touch, and even smell, they create a convincing world for users.

Explained: How does a VR headset work?

The head-mounted display component uses a technology called head tracking to instantly change the visual field of a person as they turn their head. While eye-tracking features are used to determine the depth of any image in a 3D world. The technology helps you immerse in a computer-generated simulation of any environment.

VR and their effect on your eye health:

The majority of VR systems use two tiny LCDs, each projected into one eye separately. Thus developing a stereoscopic effect, and giving users the impression of depth.

Meanwhile, the close proximity of displays, causing eye strain, is again an important concern among optometrists. Some common effect of VR on health includes:

Virtual reality can cause eye strain:

The simulation’s realism in VR can alter how a user sees their surroundings, causing overall discomfort and, in some cases, motion sickness. Almost 70 percent of people using VR headsets report experiencing nausea and dizziness with overexposure to VR for an extended period. Thus raising the important concern “Is virtual reality bad for your eye”?

When wearing VR headsets, eye strain and discomfort are typical complaints. As their eyes have to work harder to focus on images placed only cm away.

It is noted that VR may interpret the human brain to process visual stimuli differently than in any normal scenario. This causes eye strain as a sign of eye muscle fatigue. If this happens, simply taking a break and resting the eye and brain can be the best way to ease out the strain.

Is VR bad for your kids’ eyes?

Today almost every video game is designed in VR. As a result, we have an array of VR applications, games, and environments hitting the market every month. That being said, kids are at high risk from VR side effects and doctors are warning parents against the use of VR.

The important risk element of VR in kids are:

Tips to combat the effect of VR on kids’ eyesight:

Can a glass wearer use a VR headset?

In most cases, “it’s a yes” one can wear glasses with a VR headset. But make sure there isn’t any pressure from the headset which could cause your eyeglasses to bend or break. To minimize risking the premium glasses frame, it’s important to note that your frame should not be wider than 142mm or taller than 50mm.

How can VR help people cope with low vision issues?

Though there are various concerns with the prolonged use of VR. It is important to note that they are not all bad.

When used as suggested by an eye specialist, VR headsets empower people with the ability to regain vision. Harnessing the power of recent innovations, they help you improve eye-hand coordination, depth perception, reaction time, and eye coordination.

When to visit a doctor?

Just stop using VR and call your doctor immediately if you notice any sign of blurred or doubled vision. Other symptoms you should never ignore when using a VR headset:

A comprehensive eye examination by an eye doctor will ensure better eye health and your overall well-being.

VR is an exciting technology however the question Is VR bad for your eyes? is still under investigation, especially for kids in their development stage. For now, the best advice is to pay attention to symptoms closely such as eye strain, fatigue, etc, and immediately halt VR usage if they seem severe. 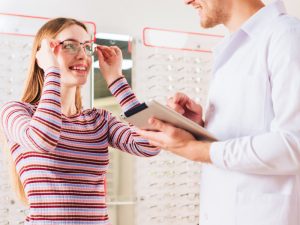 5 Mistakes to Avoid Before Buying Glasses from Eyecare Professionals 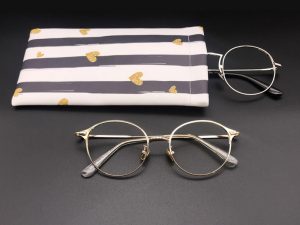 Tips in Furtherance of Eyeglasses 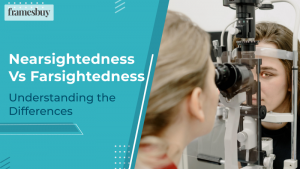 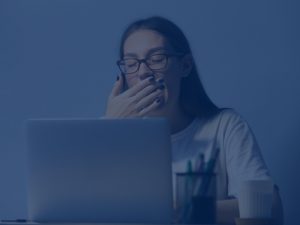 All About Blue Light 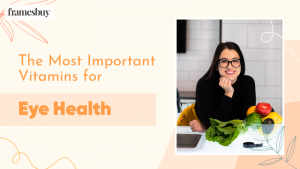 The Most Important Vitamins for Eye Health 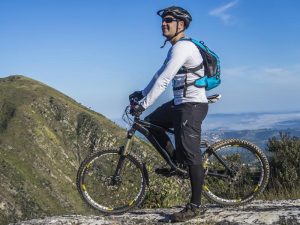